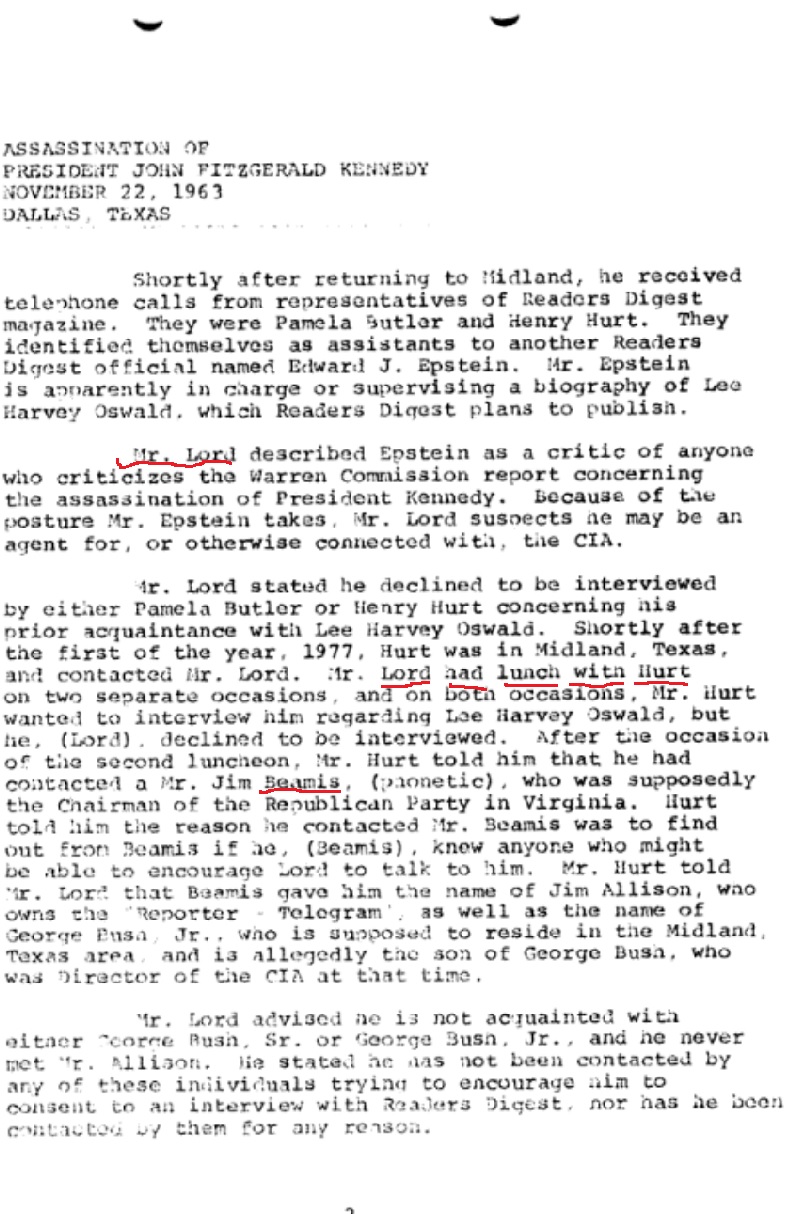 ……..
Priscilla Johnson fully inserted herself into Marina’s life by late July, 1964, as Katya and Declan Ford did the hand off to Priscilla. Priscilla’s CIA handler was Garrison Garry Coit. Coit and Thomas Devine and 15 other Sigma Chi frat brothers cohabited in their frat house on MIT campus from fall, 1944. Coit went to Naval radio school in late Sept., Devine followed two weeks later.

In late Sept., 1964, Priscilla put herself and Marina under the domicile and hospitality of her first cousin David C. Davenport, later described by Sam Ballen as a former CIA man. Davenport’s obit refers to his intelligence work.
In December, 1964, news and FBI reports describe Marina and Priscilla residing in a Sedona, AZ apartment, transported and escorted by Jerome Hastings, close friend of Davenport, driving Davenport’s Corvair with Alaska plates. In July, 1965, Davenport and Hastings are sued in New Mexico by Hasting’s step-daughter, JoAnn McAdams,
first cousin of presidential assistant Clark Clifford. The suit describes Hastings as then second husband of Clifford’s aunt, Marguerite Bowman McAdams Hasty. In 1966, Jerome Hasty legally changed his name in New Mexico to Hastings.

At this link, I have documented that in 1978 HSCA counsel asked Priscilla Johnson Macmillan why her book, “Marina and Lee” was delayed at least a dozen years. See http://archive.is/esTuB
One excuse Priscilla offered was that she had experienced a bad period in which her father was a concealed suicide.
The last person reported to see Priscilla’s father Stuart alive and who reported him as missing to Locust Valley, LI police was James A. Thomas, a cousin of Allen Dulles whose sister Eleanor Lansing Thomas was maid of honor in Clover Dulles’s wedding. 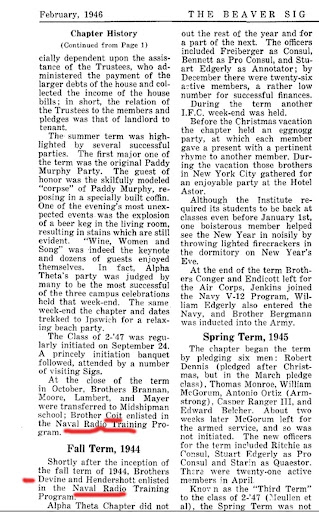 … rhumba music yesterday asked the Boston Licensing Board to shut down
the Hotel … one of 16 Tech students livings in the adjoining Sigma Chi
fraternity house … Other student were Thomas Devine of Rochester who
told of taking refuge in ..

we visited Barbara Coit, the recent widow of another Alpha Theta Sig,. Garry Coit ’46, who died in February. 2008.”

One Reply to “Are we there yet? Part II”