Skip to content
This man was a first cousin of both witness Mary Bledsoe and RD Matthews.: 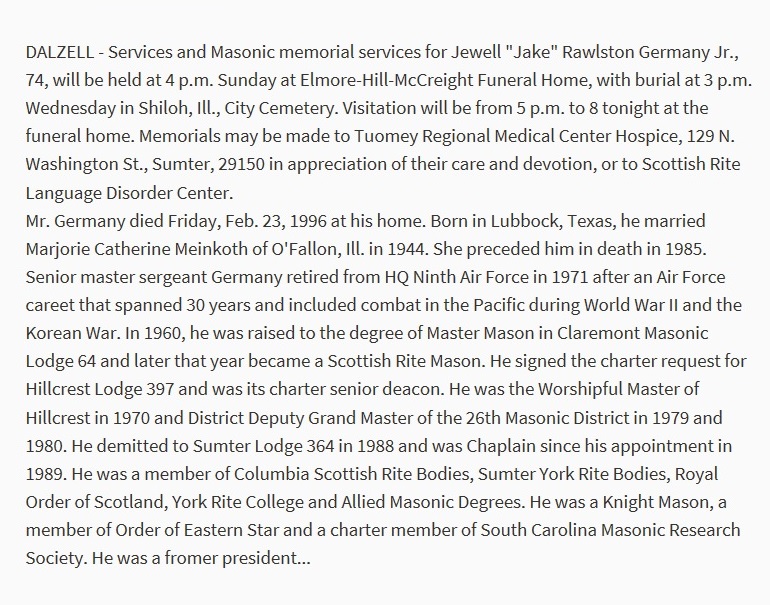 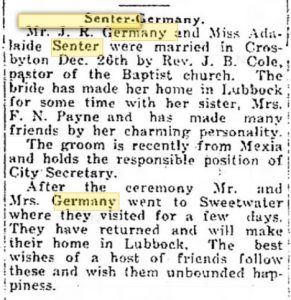 http://www.legacy.com/obituaries/dallasmorningnews/obituary.aspx?page=lifestory&pid=165942208
Matthews, RD (Russell D.) 92, A WWII, 2nd Marine Division, veteran, who was awarded The Navy Cross and The Purple Heart. RD will be missed by his wife of 40 years, Linda, daughter, Peggy and grandsons.

Misdemeanor charges were expected to be filed today against an 80-year-old man who allegedly assaulted gambling figure Bob Stupak at an upscale restaurant in August.

Chief Deputy District Attorney David Barker said R.D. Matthews will be charged with battery, a misdemeanor punishable by up to six months in jail and a $1,000 fine.

According to police reports, Stupak, 58, was dining at Piero’s on Convention Center Drive Aug. 25 when Matthews grabbed Stupak by the arm and said he wanted to talk to him outside.

……Consider R.D. Matthews, who died recently at age 92, one of the most formidable apparitions from our gambling past. He was a ranking and respected member of what journalists once called the sporting crowd, which was a playful euphemism for the gamblers, hustlers, party girls and killers who lived by night on the edge of polite society.

Russell Douglas Matthews passed away in near anonymity — just a two-line obituary in a Dallas newspaper. It might have been the way he wanted it, but that quiet exit doesn’t do justice to the mystery that accompanied his long and reputedly violent life as a trusted friend of the late downtown casino legend Benny Binion. The fact you’ve never read much about Matthews in the local press makes a statement in itself.

He was born in Aspermont, Texas, on July 26, 1920. Matthews enlisted in the Marines after Pearl Harbor and was awarded a Navy Cross and Purple Heart. He is said to have inflicted more than his share of wounds in underworld wars after returning home. A member of the notorious Hollis de Lois Green gang of Texas, he was a Dallas bookmaker, nightclub manager and was known on the street as a stealthy enforcer.

Matthews was so well- acquainted with the inside players associated with the assassination of President John F. Kennedy that he rated mention in the Warren Commission Report and was interviewed at length in 1978 by the House Select Committee on Assassinations. (His attorney was Binion friend and future U.S. District Judge Harry Claiborne.)

Matthews intrigued investigators because of his intimate familiarity with the gambling underworld in Dallas, Las Vegas and Cuba, where he had lived for a time after the war. He also had a long friendship with Jack Ruby. But, then, Matthews knew most of the players in the Oswald-Ruby matrix.

Back in October 1963, Ruby placed a call to the Matthews home. A day later, according to one account, Ruby was in touch with Oswald. The connection has intrigued officials and fascinated assassination theorists for decades.

Not long after returning from the war, Matthews reacquainted himself with the Dallas underworld, where being an expert with a firearm guaranteed employment and respect. New Orleans prosecutor Jim Garrison once described Matthews as “a longtime heavy in the Southwest, having been linked with Benny “Cowboy” Binion, the Dallas racketeer now in Las Vegas.”

Officially, Matthews worked for Binion starting in the late 1970s, but multiple sources confirm they knew each other well decades earlier in Dallas, where Cowboy Benny was known as a rackets king and Matthews’ reputation for getting things done was well- established. Matthews, who wore an eye patch but never seemed to miss much around the Horseshoe, was considered a dear friend and protector of the Binion family.

His street reputation was so well-known to the Las Vegas sporting crowd that a single slap from the then 80-year-old Matthews sent maverick casino man Bob Stupak into a panic. The incident occurred in August 2000 at Piero’s restaurant at a time Stupak was at odds with the new ownership of the Horseshoe led by Becky Binion Behnen.

No stranger to controversy during his extremely colorful career as the owner of Vegas World and big-idea man behind the Stratosphere tower, Stupak was so unnerved by the encounter with Matthews that he only stammered at my question and quickly declined comment.

R.D. Matthews was a ghost of Las Vegas past, but even as an octogenarian he was capable of stepping from the shadows and haunting the present.

………
A recently deceased friend, Dallas Attorney Spider Bynum lived across the street
from R.D. Matthews’ mother and more or less took care of her in her late years
and kept in touch with R.D. , always by telephone.  He flew into Dallas on a
private airplane at 2:10 a.m. the following day after his mother’s death, met
with the funeral director at Love Field, completed his business and flew back
to Las Vegas a few hours later.

Spider tried on many occasions to  ascertain what R.D. was so frightened of in
Dallas, but he refused to talk about it.  I do know Spider, who did a lot of
legal work for the Campisi family and offered to accompany Joe ( Joseph) Campisi
to Washington when he was called to test ify before the House Select Committee
on Assassinations .  Joe told him it was not necessary, but if R.D. Matthews was
called, he sure might need him and may never see Dallas again.

Spider swore to the day he died, R.D. Matthews was somehow involved in Kennedy’s
assassination, I guess we will never know now.
Funny how evil people live so damn long—————- “